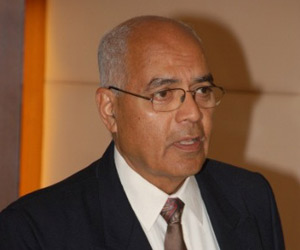 Ulhas Kamat is an accomplished business leader. He has successfully discharged the P&L responsibility of a variety of businesses and has been instrumental in turning loss-making units into profit-generating entities. His extensive international work has included staff and line responsibilities in both developed and developing countries. Ulhas has also been active in professional circles. He enjoys teaching and mentoring. He has spoken at professional associations, been an examiner in professional bodies, and presented technical papers in international forums.

Ulhas was professionally associated for over twenty years with several Fortune 500 companies – ICI, Unilever, IBM, TATA and Unisys. He held progressive management positions with these companies. Later, for about two decades, he was associated with a global holding company that owns and operates autonomous units worldwide. He held total P&L responsibility for various business units in numerous countries. Geographically, this covered the USA, East Africa, West Africa, and Southeast Asia.

While in Kenya, as Chairman of KAMEA (Kenya Apparel Manufacturers and Exporters Association) he was actively involved from the Kenyan side in the passage of AGOA (African Growth and Opportunity Act),  a United States Trade Act, enacted on 18th May 2000.

After four decades in the private sector, Ulhas decided to transition to the social sector to use his skills, knowledge and experience for the benefit of the underserved communities. Till his return to India in the year 2008, he was the Director of Program Services at the Washington DC MBDC (Minority Business Development Center), a funded project of the US Government.

Keeping in view his vast experience and contribution to the subject of Entrepreneurship, Ulhas was invited by the Chairman of the Central Board of Secondary Education (CBSE) to join the Committee of Courses on Entrepreneurship as a Member in the year 2012. He presently continues in that position in his second term.

Ulhas is a graduate of IIT (Bombay) in Mechanical Engineering (1965). He has undergone specialized training in small business mentoring at Tuck School of Business, University of Dartmouth.

Ulhas is the Director – India for I Create, Inc and CEO of I Create India.